“Change is so damn tough, you can’t possibly imagine how tough it is and how incapable most of you are to change.”

That’s how Keith Ferrazzi, author of “Who’s Got Your Back: The Breakthrough Program to Build Deep, Trusting Relationships That Create Success–and Won’t Let You Fail,” stated it. Now, extrapolate this out to cyber security behaviour. Changing this behaviour come with multiple facets.

Consider these comments from your staff:
• Security is preventing me from doing my job.
• I am too busy to worry about the security implications.
• I am not a target or a person that the criminals will want to attack.
• I have other priorities in my life.
• I am not dumb enough to fall for the criminal’s tricks.
• What I do, wont impact the company.

How do you address these thoughts and change a persons behaviour?

Think about the things you do that you know you shouldn’t do, but keep doing anyway–behaviours such as not speaking up at meetings or constantly overworking to the detriment of your family.

These habits are addictions, Ferrazzi says. You know they’re bad for your career or your life and you should stop. But you don’t. Like dieters who continue to eat cookies.

It’s similarly difficult to change a business because organisational change involves coaching people to do very specific practices that can be measured and celebrated until they become habits.

Here are four steps to changing habits for the better.

1. Focus on the highest return practices among the narrowest set of individuals.

Ferrazzi tells the story of General Motors coming out of bankruptcy and trying to figure out how to sell more cars. Changing the behaviour of GM’s quarter of a million employees was daunting, but the company recognised the potential high return it could get by improving the customer experience at its independent dealers.

However, dealerships hated GM’s district managers who were still using the command-and-control approach that had driven GM’s success for decades: a checklist of things to do, no questions asked. Dealers questioned the validity of busy-work directives coming from the organisation they blamed for having driven them into a ditch.

“You’ve got 5,000 dealers who hate you and you don’t own them. Whose behaviour has to change?” Ferrazzi asks.

Remodelling the habits of GM’s 1,500 district managers, essentially morphing them from commanders to trusted advisors, was a monumental undertaking, however. Ferrazzi says GM subtracted from that number the highest-performing district managers, the ones that were already doing well. It also dropped the ones most resistant to change.

And then within the middle group you start asking the question, ‘OK of that middle group, if I did change them, who would give me the highest financial return?’ So it’s not a little Podunk dealership. It’s big boxes in the big cities. Now all of a sudden, guess what? You’re down to 200 district managers that have to change their behaviour. How many people think you can change the behaviour of 200 individuals in order to save General Motors? You got a shot, right? It’s not easy. But it’s a hell of a lot easier than changing everyone in the company.

Many leaders think that communicating the rationale for change through training or communications campaigns will get people to change their behaviours and practices. “And unfortunately, this is where you put those stupid banners up on the wall,” Ferrazzi says.

2. Be ready to change

Just because a person knows why he needs to change and even learns the steps for doing it doesn’t mean he actually will. 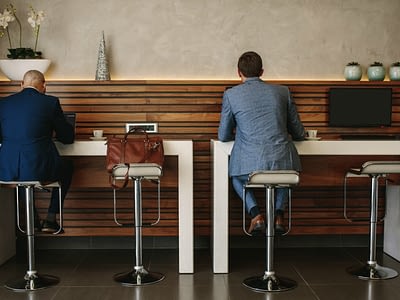 Ferrazzi defines porosity as the readiness of a person to change. Leaders can affect porosity by sharing their own emotional stake in making a change, thereby gaining empathy.

Ferrazzi says there are several other things leaders can do.

• Do not shame people when they screw up.
• Be vulnerably honest.
• Ask for advice.
• Use levity.
• Directly ask someone if he wants to change, and will commit to doing so.
• Offer choice. People don’t like to be told what to do.

The idea is to make people feel like they’re part of the in-group, not the out-group. Being part of a tribe changes how people regard you. When you win, they win; when you’re threatened, they’re threatened.

3. In the beginning, focus on role models, not people who are against the change

Find well-respected high-performing people in your organisation who are open to the changes you’re trying to make and anoint them as the leaders of the initiative.

“Role models are the ones that are both eager to change and delivering results,” Ferrazzi says. “And you can’t let eager beavers touch a change project. When we grew up those were the brown-noses. They don’t have the respect of the organisation.”

Celebrating the success of role models and focusing on their new practices helps them gain converts to the new way of behaving. Once their ways are established and delivering results, management will feel safe getting rid of radical resistors.

What you’re really trying to get at is the middle group of folks–usually 50 to 60 percent of an organisation–who find it difficult to change but will eventually do it.

“But it’s the edges you have to work with to get to the middle,” Ferrazzi says.

4. Coach, coach, and coach some more

All of this is daunting work and Ferrazzi says there are seven ways to encourage people to keep up the good fight.

Coach to the small practices that deliver rewarding results in the performance of real work.

Virtual coaching uses communications technology to celebrate people when they do a practice well. Turn your communications function into a group that shines a light on people who are succeeding because of the changes they’ve adopted. It’s like bragging about one of your kids to others while he or she is standing there.
Expert coaching has its place, but any expert you hire should guarantee results and help you develop internal experts to take his or her place. “Shame on any consultant that wants to be around for more than a couple of years on a particular project,” Ferrazzi says.

Customers provide a powerful form of coaching. Asking what you can do to be better also deepens your relationship with them.
Managerial coaching mostly involves facilitating other kinds of coaching because managers don’t have a lot of time to do it themselves.

Peer-to-peer coaching, which leverages a natural supportive community of role models, can provide a self-sustaining system.
Self-directed coaching, in which people take control of defining their skill gaps and find mentors and other ways to close those gaps, gives people control of their own career paths.

For any of you to think that changing a behaviour isn’t going to be damn tough, you’re never going to get there. It’s daunting and if you’re not willing to spend that much energy doing it, it won’t happen.