It may be funny, but too many people don’t put serious effort into their passwords.

Businesses can protect themselves against cyber threats by having all the latest and greatest layers of protection, such as unified threat management (UTM) appliances, endpoint protection and even strict security policies. But the biggest threat to businesses remains relatively unaddressed! And that is the human factor, yep employees. Malicious attackers, scammers and hackers know about this weak link and will go to great lengths to exploit them in order to gain access to a business’s resources. This can be done by a range of methods from phishing to plain old hacking. According to a report from SplashData, nearly 10% of users selected at least one of the 25 worst passwords for one of their accounts. This should concern businesses! 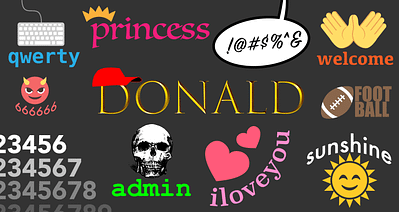 CNBC reported that “An estimated 35 percent of millennials share passwords for streaming services. That’s compared with 19 percent of Generation X subscribers and 13 percent of Baby Boomers.” So when a large percentage of people have the same password for all their devices, it does indicate that there is an extreme lack of security taking place and we should all be worried!

In 2017, 16.7 million people in the U.S. were victims of identity theft and most came from credit cards opened with stolen information, tax refund fraud and spam emails, according to the 2018 Identity Fraud Study released by Javelin Strategy & Research.

It’s time to put some effort into your cyber security: by using a password manager or maybe try a “Core PassPhrase” methodology.

Layer 8 Security uses the password strength estimator to calculate the strength of your passphrase. Measuring the strength protects the system from brute-force attacks and makes it impossible for hackers to guess and crack the password.

What is stored on your computer and mobile device?
About Post Author